The Life of Hippocrates the Doctor 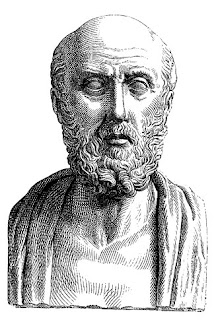 The greatest medical doctor of the ancient world was the Greek physician Hippocrates of Kos (c.460bc-c.377bc). It is unfortunate that he was so highly regarded in ancient Greece that almost every medical innovation was, at one time or another, credited to him. It is difficult now to know how much can truly be ascribed to him.

Hippocrates was born on the island of Kos, just off the coast of what is now Turkey, at a time when this area was under the control of the Persian Empire. The local Greek cities, such as Astypalea where Hippocrates lived, were self-governing. At a young age, perhaps around 10, Hippocrates went to train as a doctor with his grandfather Nebrus, one of the best regarded physicians in the area.

Hippocrates was determined to be the best healer that there was, and devised what was then a revolutionary method. Instead of merely relying on what Nebrus and other physicians taught him, Hippocrates thought that the best way of discovering how to cure diseases was to learn from examples. Fortunately for him the local temple of Asclepius, god of healing, had a unique library of reference material. It had been the custom for centuries that those who had been cured of disease should donate to the temple a sum of money, plus a tablet on which the symptoms of the disease and the steps taken to cure it were inscribed. Hippocrates set himself the vast task of reading each and every tablet, sorting them out into categories depending on which disease was described and then compiling a list of the treatments that seemed to have worked best.

This may sound like a scientific system, but Hippocrates was a man of his time and firmly believed that prayers to and rituals carried out in honour of Asclepius could be effective. In some cases the fact that the patient believed that the god was going to act might have been enough to effect a cure - a phenomenon recognised today as the placebo effect. Nevertheless, the system developed by Hippocrates proved to be highly successful and within a short time he was recognised as the best doctor in the Greek world.

Sometimes around 430bc a plague broke out in Athens and the city authorities sent for Hippocrates. The doctor arrived in the city armed with his books and lists of symptoms and cures. He took into his care a group of 42 patients, isolated them from all other people and went to work. He first studied their symptoms, then cross checked these to his records and prescribed treatment. Of the 42 only 17 survived but this was a much lower death rate than untreated citizens were suffering. Hippocrates treatments were quickly distributed throughout the city and the plague was defeated. The Athenians made him a citizen of Athens, gave him the best seat at all their festivals and paid him a handsome fee in gold.

Returning to Kos, Hippocrates decided to take his second unprecedented step. He published his cures, treatments and failures to make his knowledge freely available to other doctors. Before long Kos had become the centre of the medical profession as students flocked to the island to learn from Hippocrates and to swap accounts of successes and failures in the medical profession. He never again left Kos, but instead corresponded with other physicians to amass a vast library that he left to future generations of doctors. The ruins of what is thought to have been his house were discovered during excavations in the 19th century.

Posted by Rupert Matthews at 06:17