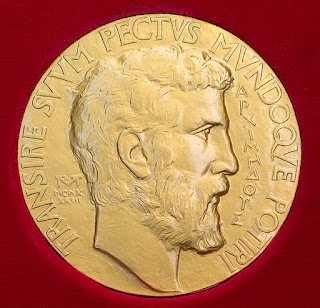 The great Greek scholar, scientist and inventor Archimedes of Syracuse (c.287bc-211bc) is best known today for his scientific works, but in his lifetime he was much more admired as an inventor of the most deadly weapons of his age.

Archimedes was born in Syracuse, then a wealthy Greek colony on the island of Sicily, to a noble family that was probably related to the kings of the city. As a young man he travelled to Alexandria in Egypt, then the centre of intellectual activity in the Greek world and site of the famous Library of Alexandria - the largest in the world. At Alexandria, Archimedes won great fame for working out how to calculate the volume of a cone - something that had so far eluded even the finest mathematicians. He went on to develop what became known as the Archimedes Screw, a simple pumping device. The screw consists of an open-ended cylinder containing a tightly fitting spiral connected to a handle. If the bottom of the cylinder is placed in water at an angle and the spiral turned with the handle, water will be trapped in the threads of the spiral and pulled up to the top of the cylinder. This makes a much more effective pump than those then in use in Egypt.

Returning to Syracuse, Archimedes was hired by the Romans to devise a reliable apparatus for measuring distances along roads. Archimedes produced a cart that had mounted on it a complex system of gears that turned an indicator dial once for every mile the cart travelled. This device was used to erect milestones on Roman roads across Europe and was still in use 300 years later.

In 215bc King Hieron of Syracuse died and was succeeded by his son Gelon who went to war against Rome. The Romans began a siege of Syracuse, but soon found themselves held off by a series of weapons invented by Archimedes. One of these was a catapult that had an automatic loading system, allowing it to shoot three times as quickly as a conventional weapon. A second was a system of mirrors that could concentrate the rays of the sun and set fire to ship’s sails at a distance of over 300 yards. The most impressive of the machines, however, was the dreaded “Claw”. This device consisted of a massive wooden beam that could be pushed out over the top of the city walls. From the outer end dangled strong cables attached to a claw-shaped grappling hook. Inside the city was a complex system of pulleys and levers that allowed the beam to be swung from side to side. Once the grappling hook caught on a Roman ship, the pulleys were worked by teams of oxen to pull the interior end of the beam down, thus lifting the Roman ship up out of the water. When the ship had been pulled up far enough it was suddenly let go to crash back into the sea with terrific force, sinking the ship and killing most of those on board. The Romans did not know what had hit them. Prudently they pulled back from the harbour.

Due largely to Archimedes work the siege dragged on. Finally in 210bc the Roman managed to break through the city walls of Syracuse. The Roman commander, Marcellus, gave orders that Archimedes was to be spared. But when the Roman soldiers burst into his house and ordered him to follow them, Archimedes was so engrossed in a complex mathematical problem that he ignored them. The angry soldiers killed him. Marcellus erected a fine tomb for Archimedes consisting of a cylinder mounted on a sphere.

“Give me somewhere to stand and I can move the Earth” Archimedes in a lecture on levers c.230bc

Posted by Rupert Matthews at 10:12 No comments:

The Battle of Nibley Green, Gloucestershire, 1470 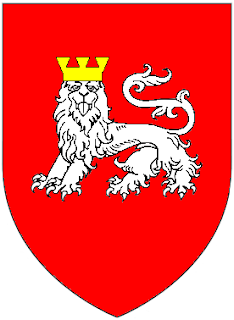 The Lisle coat of arms.


On a spring morning in 1470 the peace of Gloucestershire was shattered by the sounds of battle. The Wars of the Roses had come to this peaceful corner of southwestern England in spectacular and bloody fashion.
But the battle fought at Nibley Green had very little to do with the dispute between the House of York and the House of Lancaster. The fate of the throne was not at issue at Nibley Green, nor were the underlying social tensions between the ancient landed aristocracy and newly rich mercantile classes that lurked behind the dynastic dispute. No, the fight at Nibley Green might have been dressed up as a principled stand over support for the rightful king (whoever he was) but in reality it was a brutal affair fought to settle a local dispute between local aristocrats and local magnates.
Nibley Green has, perhaps rightly, been identified as the last of the private battles that had been such a feature of medieval England. As such it reveals much about late medieval society, and the ways in which men went about fighting battles in that bloody era.

You can buy the book HERE

Posted by Rupert Matthews at 09:55 No comments:

The Rout of the Lanastrians at the Battle of Towton 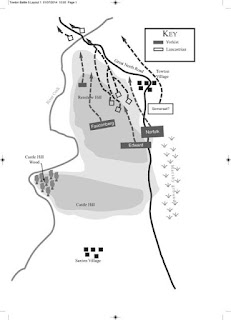 As the Lancasatrian right wing collapsed into a mass of fleeing fugitives, Faucunberg sought to move his men round to attack the flank of the men commanded by Trollope. Some Yorkists could not resist the temptation to pursue the fleeing Lancastrians, cut them down and rob their bodies, but most followed their banners and put intolerable pressure on to Trollope just as Norfolk’s men smashed into the Lancastrian left wing.


The disintegration of the Lancastrian force gathered pace as the long day started to come to an end. An early dusk settled in as the heavily clouded sky blocked the weak evening sun. As darkness fell the Lancastrian centre gave way and fell back.
At this point a Yorkist soldier armed with a crossbow spotted among the retreating Lancastrians the Lord Dacre who had killed his father at an earlier battle. The soldier scrambled into the branches of what was recorded at the time as a “bur tree”, an elder, to get a better shot. The bolt was loosed and at an impressively great range of 300 yards Lord Dacre fell dead. Even at the time the shot was recognised as having been a remarkable one and the elder tree became famous.
What followed was not an orderly retreat, but nor was it a total rout. In places Lancastrian units fell apart and the men were cut down by the pursuing Yorkist hobilars. But other retreating units kept their formation well and fought off any effort to intercept them. There was something of a bottleneck where the road to Tadcaster crossed the River Cock, and bloodshed here was particularly savage.
“The chase continued all night,” recorded Hall, “and the most part of the next day and every time they [the Lancastrians] perceived any advantage they returned to the battle again and fought with their enemies to the great loss of them all.”
The chase went on for many hours, with some Lancastrian fugitives being pursued all the way to the gates of York. The eventual death toll was enormous and effectively settled the dispute between York and Lancaster for a generation.

You can buy the book HERE

Posted by Rupert Matthews at 09:49 No comments: