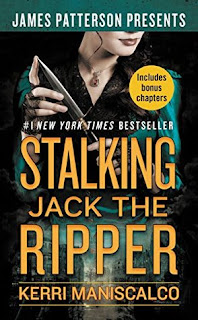 I quite enjoyed this book. It has a pacey storyline with not much in the way of pauses between outbreaks of action. The characters are genrally engagin - especially the main leads. I did think the author could have made more of the detective as I liked him, but he seems to have been pushed aside. The atmopshere of London in Victorian times is well caught and it is a very interesting storyline.

As an Englishman - nad a former Londoner to boot - I did get rather annoyed by some of the Americanisms that the author put in - presumably not realising that she was doing so. We have bowler hats, not derbys. Nobody makes a distinction about imported brandy as it is all imported. and then there were some inconsistencies. She describes Bedlam as it was in 1810 not 1880.

But I am being needlessly picky. It is a good book. Read it.

Posted by Rupert Matthews at 06:00