My Arrival in Fiji 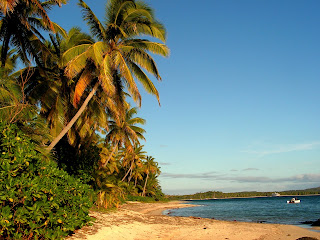 Note that this is a fictional short story written for a newspaper in Fiji.
Posted by Rupert Matthews at 09:57 No comments:

The Cog - a medieval ship 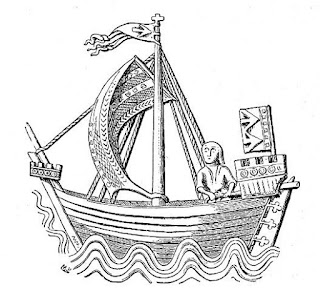 A cog, the type of ship used most widely in northern waters during the 14th Century. The ship was primarily a merchant vessel which had a large hold to carry cargo and needed only a relatively small crew to operate. In times of war these ships were fitted with temporary platforms at bow and stern, as here, from which armed men could gain the advantage of height over those on the decks of enemy ships.
Posted by Rupert Matthews at 09:52 No comments:

RAF No.105 Squadron re-equips for war 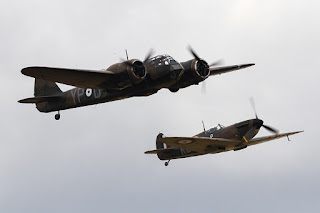 Back in Britain, the squadrons that had survived the German invasion of France in 1940 was reformed as 2 Group, Bomber Command. The Group formally came into being on 18 June, but nobody seriously expected it to be operational for some time to come. The experience of one squadron, No.105, was typical of the Group. The squadron had lost all its Fairey Battles in France and was sent to Honnington, though it took some time before all the surviving personnel had turned up. On 27 June the 10 surviving pilots were sent to Bicester to be trained on flying a new aircraft, the Blenheim MkIV.

By the time the pilots had finished their course, the squadron had been moved to Watton and 16 Blenheims had been flown in by delivery pilots. Only three air gunners had survived France in a fit state to fly, so desperate pleas were sent up to Group to ask for more. By 27 July the squadron was up to strength regarding aircrew, though most of them were straight from training units, but was still short of ground staff. The squadron also lacked parachutes, maps and other equipment.

Meanwhile the squadron received a Battle aircraft. The bomber was not intended for operations, but to tow targets at which the new air gunners could practise shooting. Training was to be the new role of the Battles. Some towed targets, others were fitted with dual controls for pilot training or had gun turrets fitted so that gunners could use them as a platform. They were not to see combat again, which was probably just as well.

Bombing practice began in the last week of July, with dummy bombs being dropped on targets laid out on nearby Wainfleet Sands. The squadron had been told that it was earmarked for low-level precision bombing raids, so that is what was practised. Night flying was not something that No.105 had done much of, so it was decided that some practice was in order. Mist coming in off the North Sea to cover the airfield caused all attempts to be cancelled.

On 4 August the squadron took off fully armed and bombed to take part in a joint exercise with the army. The Blenheims of No.105 Squadron were to carry out a practise attack on a column of armour travelling from Corbridge to Risdale in Northumberland, while the tank crew were to practise defence against air attack. The mission was judged a success. On 7 August, barely seven weeks after reforming back in Britain, the squadron was declared operational. No.2 Group had actually gone officially operational on 12 July, though at the time none of its component squadrons had been ready for combat.

Posted by Rupert Matthews at 09:49 No comments: