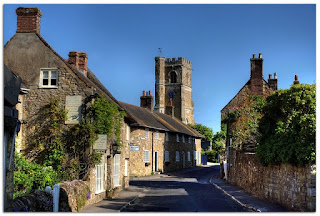 When the English Civil War broke out in 1642 the county of Dorset was one of the most divided in the kingdom. Most of the towns, except Dorchester, declared for Parliament while most of the countryside was for the King. The owner of Abbotsbury at the time was Sir John Strangways, one of the most prominent Royalists in the county


Strangways had been born in 1585 and was elected to Parliament several times between 1614 and 1629 as well as serving as Sheriff of Dorset. He held a number of other local government positions and visited Court many times. When Charles summoned Parliament in 1640 for the first time in 11 years, Strangways was elected MP for Weymouth, despite his known support for King Charles and Weymouth's Parliamentarian sympathies.


In Parliament, Strangways argued long and hard in favour of the King's case, proving to be one of Charles's more able supporters in Parliament. When the war broke out, Strangways slipped away from London to return to Dorset. In September 1642 Parliament voted to expel all those MPs who had sided with the king, so Strangways lost his seat. This does not seem to have bothered him much for he was busy organising the Royalist cause in Dorset.


Among Strangways many achievements was the fortification of his manor house in Abbotsbury. The house itself provided useful rooms for a garrison of 200 men, with their horses stabled nearby, while the adjacent church was used as a storehouse with a lookout posted on top of the tower. Around the house and church were dug a complex of earthen ditches and ramparts, topped by timber palisades and walls. By the standards of the time these were not powerful defences, but they were good enough to safeguard against a surprise attack.


The garrison at Abbotsbury soon came to be an important one due to its strategic position. Weymouth to the east was a powerful Parliamentarian fortress, but its economic value was as a port. By closing the routes inland from Weymouth with garrisons at Abbotsbury and Dorchester, the Royalists stopped Weymouth producing money for Parliament and made it more of a liability than an asset. The Royalist soldiers based at Abbotsbury patrolled the roads and countryside, ensuring that Weymouth remained cut off.
Posted by Rupert Matthews at 10:40