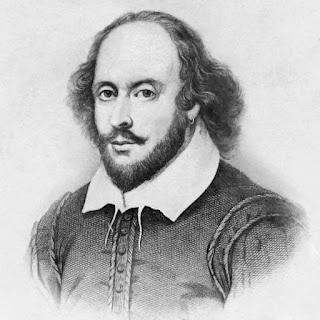 Voted the Man of the Millennium in 1999, William Shakespeare is one of the greatest writers in the English language and one of the world’s finest dramatists.

Possibly the writer the finest English literature ever written, William Shakespeare came from comparatively humble origins, William Shakespeare became the most famous dramatist of his age, mixed with nobility and met royalty. He achieved all this through his skill with the pen.

Shakespeare was born on 23rd April 1564 in Stratford-on-Avon in Warwickshire. His father was a glove maker and wool merchant who took an active part in local government. Although he had a fairly prosperous business, Shakespeare’s father often experienced cash flow problems when his debtors wanted their money before he was paid for work done. Nevertheless, Shakespeare was given a good education and joined his father’s business. In 1582 he married Anne Hathaway, a farmer’s daughter form nearby Shottery, and six months later their first daughter was born. Twins followed in 1585 and young William decided to seek a more reliable income than he could achieve helping his father.

Shakespeare knew the theatre from the London troupes which came on tour to Stratford, and he began to earn some money writing plays for them to perform. In 1592 Shakespeare’s King Henry VI part 1 was playing to packed audiences in London. The Rose Theatre put on several of Shakespeare’s early works, including Richard III and the Taming of the Shrew. then disaster seemed to strike Shakespeare’s new career. Plague broke out in London and the authorities blamed its rapid spread on the large crowds at theatres. Theatres were closed down.

Out of work as a playwright, Shakespeare turned to poetry. The money was not so good, but his elegant treatment of love, honour and revenge - subjects popular among the nobility - brought his work to the attention of important men at court, and even to royalty.

When the theatres were allowed to reopen in 1594 Shakespeare’s new fame put him into a position to be a joint owner of a new company, the Chamberlain’s Men. Performed the great tragic actor Richard Burbage and the comic genius Will Kempe, Shakespeare’s plays reached new heights of popularity. The Merchant of Venice, A Midsummer Night’s Dream, Richard II and As You Like It all belong to this booming period. But Shakespeare’s fortunes were about to get even better. In 1598 the Chamberlain’s Men opened a new theatre in Southwark, south of the Thames. It was built to be bigger and better than any other theatre, with a balcony and cellar to allow all manner of stage effects. The Globe, as the theatre was called, was phenomenally successful. For the next ten years, Shakespeare earned a large sum of money from his writings and part ownership of the troupe.

In 1608, at the age of 44, Shakespeare gave up full time employment in the theatre. His father was dead and his children were marrying. Shakespeare felt it was time for him to assume his duties as head of an increasingly large family. He used the money had earned from the London stage to purchase houses and lands in and around Stratford. He died in 1616, though it is not known from what cause.

Shakespeare’s writings gained enormous popularity from his knack of appealing to popular tastes. When the public wanted comedies, he wrote comedies. When a tame performing bear was available he included a bear in the play. But his subsequent fame proved to be so enduring because of his treatment of character. Shakespeare could create the words and dialogue that revealed the true depth of his characters. Unlike some other playwrights, Shakespeare did not allow the story to drive his characters. Instead his characters created the storyline by their jealousies, loves and ambitions. The unique gift of combining massive popular appeal with highly skilled writing was unique to Shakespeare. There have been better playwrights and there have been more popular playwrights, but nobody has outdone him in the combination of the two.

Posted by Rupert Matthews at 10:22