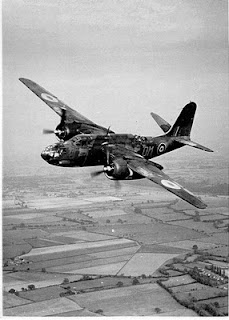 The year 1945 opened with Bomber Command trying to get over a serious and ill-tempered disagreement between Sir Arthur Harris, head of Bomber Command, and Sir Charles Portal, Chief of the Air Staff. Although the extent of the row was not known lower down the chain of command – and certainly not to the men flying missions out of Norfolk – it was to influence the types of missions undertaken for the rest of the war.

The heart of the problem was that Portal was in possession of vitally important information that he was not allowed to give to Harris. This meant that Harris, not knowing all the facts, relied on the information that he did have. Portal gave orders based on what he knew, Harris argued against them using perfectly logical arguments based on what he knew.

For most of 1944 the Allies had been able to intercept and decode the majority of the military and government radio messages sent by German army units in the field. This showed that the German war effort was being severely hampered by a lack of fuel. British government intelligence experts did some calculations and soon realised that the German armed forces would run out of fuel within 12 months, and even sooner if oil storage and refinery plants could be hit by Bomber Command. The problem was that this was all so highly secretive that even the people decoding the messages were not told what they were doing. There were probably only about 25 people who knew what was going on. If the Germans had realised that their supposedly unbreakable codes had been cracked, they would have changed them at once and the Allies would have been deprived of enormously valuable information.

Portal knew about the codebreaking – codenamed Ultra – and therefore knew that the targetting of oil was both vital and necessary. Harris did not know about the source of this information and was baffled by Portal’s insistence. Harris remembered earlier directives telling him that if only ball-bearings or molybdenum or rubber could be denied to the Germans then the enemy war production would grind to a halt. Time and again, Harris had sent bomber crews on extremely dangerous missions to hit these supposedly invaluable targets. Many crews had been killed, but although the targets had been hit the Germans did not seem to suffer the severe blow Harris had been promised.

Now Harris was being asked to do it again. He did not want to risk his men unnecessarily. He knew that the area bombing of industrial centres was having an effect, as were attacks on transport links. Harris preferred to keep his men bombing targets of known worth rather than shift them to dangerous targets of doubtful importance.

In any case, Harris argued forcibly, the US 8th Air Force was better equipped and trained for precision bombing. Now that long range day fighters could escort the Flying Fortresses all the way over Germany such raids were no longer as costly as before. The RAF Bomber Command was better suited to area bombing, be it of industrial centres or transport links.

So serious did the conflict between the two become that Portal and Harris stopped talking to each other and instead wrote each other formal letters. In the last two months of 1944 they wrote each other 24 letters, totalling 25,000 words on the subject. In the end, Harris offered to resign but Portal refused the offer. The dispute was never really resolved, but for the immediate future it was masked by the dreadful winter weather over Europe which made precision attacks on small oil targets impracticable anyway.

Posted by Rupert Matthews at 03:24