Hitler's relationship with the German Army in the 1920s 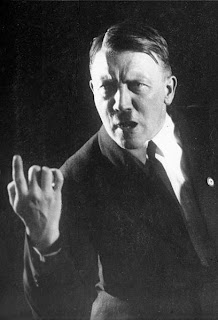 Before the Nazis took power in Germany the armed forces had a definite and vital role in German society and government. It was not a role with which Hitler was comfortable. He wanted to have total control over all aspects of the German state and from 1933 onwards set out to achieve dominance over the armed forces. By 1938 he had very largely succeeded.

The senior officers of the army and navy believed that they were the natural guardians of the German nation. Although they considered it improper for the armed forces to become involved in politics, they did believe the army had a right and a duty to preserve what they considered to be the best in German national spirit, pride and honour. It was a fine line to walk, but the officer corps had no doubt that it was one they were called upon to follow. In part, this was a duty inherited from the landed aristocracy who had made up the bulk of the army officers in the days of the Kaiser.

Many officers had resented the forced abdication of the Kaiser in 1918 and still wanted a return to monarchy in Germany. Some wanted a constitutional monarchy, such as that in Britain, others looked on this as an effete compromise and wanted a return to full absolutism. The one thing all officers could agree on, however, was that communism was bad for Germany and must be crushed. Hitler believed the same.

Before Hitler had come to power, the officer corps had been involved with the government and with maintaining the constitution for many years. It had also had close dealings with Hitler himself. In 1923 Hitler launched a Nazi coup in Bavaria. The aim was to replace the civilian government with one led by Hitler. The Nazi stormtroopers seized key government buildings while Hitler announced his assumption of power in a meeting room in a beer cellar. A large march of over 2,000 armed stormtroopers was brought to a bloody halt by a hail of gunfire from police marksmen, while soldiers waited in support. Hitler was arrested and briefly imprisoned for the abortive coup.

The coup was crucial to Hitler’s relationship with the army. He had on his side Erich Ludendorff, the highly respected World War I general, who had been second only to Hindenburg in the German High Command. Despite this, the serving army officers had preferred to support the constitutional republic rather than follow their old general. Hitler learned, and did not forget.

At his trial after the failed coup, Hitler declared. “We never thought to carry through a revolution against the Army. We believed we should succeed with the Army.” Hitler subsequently made much of the fact that the 1923 march had been halted by armed police, not the army - though he conveniently forgot the army had been hostile and would have been on the scene soon enough if the police had failed. He thus began to build up a legend that he had always been friendly to his old colleagues in the army and wanted to gain power legally, allied to the officer corps.