Hitler's Conference on the Invasion of Britain 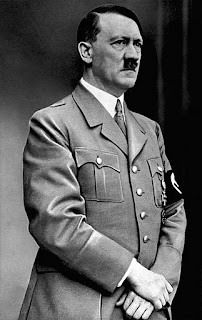 On 31 July 1940 Hitler held another top level military conference to discuss the invasion of Britain.

The army put forward its plan which envisaged the main landings taking place between Folkestone and Brighton using the 16th and 9th Armies while the 6th Army carried out secondary diversionary landings in Lyme Bay and along the Hampshire coast. Paratroops would be used to capture Dover and Ramsgate. After four days establishing a secure beachhead the panzers would break out to thrust north between London and Reading. They would then fan out to surround London while the infantry came up to capture the cities and towns left isolated by the panzer thrust. If that did not force Britain to surrender, the panzers would head for Birmingham and Liverpool to cut Britain in half from the Channel to the Irish Sea. Britain would surrender within six weeks of the first landings it was predicted.

Admiral Raedar then put the naval view. He said that he could not guarantee to keep control of the entire English Channel and suggested dropping the landings at Lyme Bay. There was also the problem of transport ships and landing barges. Raedar estimated that he could gather enough to transport ten divisions at a time. Allowing for wastage and casualties he thought it would take four days to get the 16th and 9th Armies ashore. He was relatively confident, he said, that his ships and U-boats could maintain control of the seas between England and France from Brighton to Ramsgate for at least those four days. But again he emphatically insisted that this would be possible only if the Luftwaffe had control of the air.

Goering smiled. He now had the measure of the RAF and its much-vaunted fighters, he said, and the Luftwaffe was ready to strike. Hitler ordered him to begin on 10 August. The invasion was now scheduled for the first week of September to allow for the barges to be gathered. RAF bases would be bombed to destruction so that they could not be used and the British aircraft shot from the skies. Goering was confident he would achieve and maintain air supremacy over the key sea areas.

The heads of the army and navy were deeply relieved. They had never wanted to invade Britain in the first place, preferring to starve the island nation into surrender by a war of attrition. Now the responsibility for success or failure rested with the Luftwaffe.