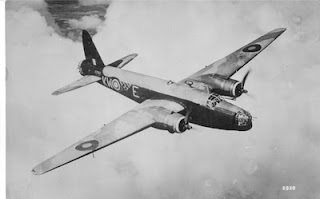 As the French campaign came to its end, Bomber Command had to face a host of serious problems. Its squadrons had been badly mauled in combat, the morale of its men was sinking, the purposes for which it had been created were now in doubt – and worst of all time was rapidly running out before the armed might of the Third Reich would be hurled against Britain. Air Marshal Charles Portal, head of Bomber Command, had been in his job less than three months when faced with the herculean task of getting Bomber Command back into fighting trim.

Lurking behind all the other problems facing Portal was the very obvious fact that almost all the prewar assumptions about how the air war was to be fought had turned out to be hopelessly inaccurate. The grand strategy had been based on the fact that when war came it would involve Britain and France, plus one or more eastern European states, fighting against Germany. Poland went to war with close to a million men under arms, 500 tanks and 350 aircraft. The Polish landscape with its poor roads, few railways and vast tracts of swamp and forest. was not thought to be suitable for modern warfare. It was confidently expected that Poland would fend off the Germans for some months giving Britain and France plenty of time to mobilise and intervene. In fact Poland was crushed in less than a month.

When it came to war in the West the planners were proved wrong again. They expected Britain and France to halt the German drive, just as they had done in 1914. After that the war would settle down to a slogging match somewhere in northern and eastern France. Bomber Command had been designed both to launch long distance raids from Britain in to Germany and also to undertake short range missions from bases in France against the German military. The fall of France meant that the RAF now had to operate exclusively from Britain. Moreover the situation was complicated by the fact that the Luftwaffe now had the use of all the airbases in France, Belgium, Holland and Scandinavia that the planners had thought would be denied them. And, of course, the French air force had ceased to exist.

The combats of May and June 1940 had proved beyond doubt that the aircraft of Bomber Command were not suited to their purpose. They had been designed to fly during the day, allowing the navigator to find the target and the bombaimer to hit it with reasonable accuracy. But the heavily armed German fighters had proved too effective. Bomber formations that were to spend any time in enemy airspace would have to fly at night if they were to survive. As the ”nickel” raids had shown navigation at night was a difficult skill to master, and events would soon prove that bombaiming was no less tricky.