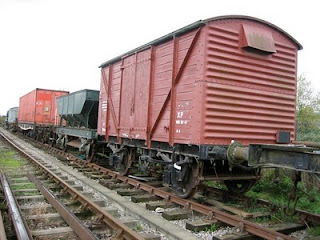 In 1894 there was a form of coup within the management of the DNS. The Berkshire landowners who had been the prime movers in the construction and initial funding of the line were replaced by businessmen from Southampton. Prominent among these were G.T. Harper, a  shipbroker, Beresford Turner, Chairman of the Southampton Harbour Board, J.E. LeFeurvre of the Southampton Chamber of Commerce and Colonel E. Bance, one time Mayor of Southampton. Forbes was quickly ousted as Chairman, his place being taken by G.T. Harper.

One of the first actions of the new board was to hire a Traffic Agent in the form of W.H.H.M. Gipps and to give him the task of generating freight traffic for the line. Mr Gipps was a highly experienced and well respected figure in railway circles. The DNS could not afford his services, so they decided to share him with the Lambourn Valley Railway, where he worked as General Manager.

Mr Gipps and his team of three worked wonders. Within ten years they had more than doubled the freight traffic to a respectable £19 10s. 8d. per mile per week. One of the most serious handicaps Gipps faced was the refusal of the LSWR and GWR to book cheaper through rates for goods wagons running from Southampton, up the DNS and on from Didcot. Wagons had to be booked first from Southampton to Winchester, then from Winchester to Didcot and finally from Didcot to their final destination. There was always the risk of delay at each hand over. For most freight this was a serious inconvenience but for perishable foodstuffs it could be ruinous.

In 1896 Gipps took the LSWR and GWR to the Railway and Canal Commissioners for restraint of trade. The hearings were lengthy and complex, but in the end Gipps got his way. The two larger companies had to grant through-booking rates and timetables to freight from the DNS irrespective of where if had originated. Takings and profits rose again.

In 1901 Gipps displayed his business acumen in unexpected, but highly profitable, fashion. He travelled to Britanny and held talks with farmers and wholesalers of new potatoes. Back in England he chartered the 80 ton steamer SS Fred for the months of May and June. When May came, the SS Fred docked at St Malo and loaded up with sacks of new potatoes. It spent the next two months shuttling back and forth between St Malo and Southampton heavily loaded down with new potatoes. The potatoes were transferred at Southampton to DNS trucks which then raced north to carry the French delicacies to towns and cities of the Midlands and North.

By 1905, the DNS had three ships – the Fred, Puffin and Zillah – working in the new potato run. The railway kept the profitable trade going right up to the outbreak of the Great War in 1914.

It was not just long distance through freight that ran on the DNS. In the 1890s it was reckoned that each acre of arable farmland generated about a ton of freight of various kinds. The farms that stood close to the line would ship out their crops via the DNS, raising revenues accordingly. By 1913, before the Great War brought serious changes, the DNS was drawing 53% of its revenue from freight, 32% from passengers and 15% from local parcels and deliveries.