The first gladiator fight in Rome was held at the funeral of Decimus Junius Brutus, a rich politician.

The Gauls used swords made of iron so soft they often bent during fights.

In 165bc the audience in the theatre left halfway through a play to watch a gladiator fight instead. 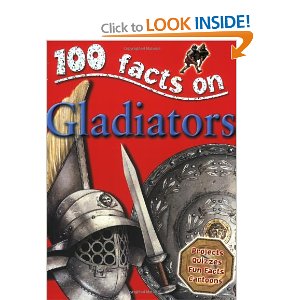 Posted by Rupert Matthews at 02:08