The state of RAF Fighter Command in January 1943 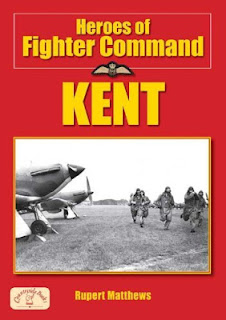 The air campaign of 1943 opened with major changes on both sides of the Channel. In England, RAF Fighter Command gained a new commander in the shape of Air Marshal Sir Trafford Leigh-Mallory, who was transferred from No.11 Group to take over. Leigh-Mallory reached the top of Fighter Command just as some serious and major decisions had to be taken.

The first of these was to decide on the future equipment of the command. The emphasis for Fighter Command was changing from defending Britain to preparing for the planned invasion of mainland Europe. This involved both launching fast, hit-and-run ground attacks close to the coast and providing escorts for bomber aircraft making longer range, heavier attacks.

The task of defending Britain was increasingly being handled by the Beaufighter at night and Spitfire during the day, with help from the Mosquito after dark and the Typhoon at low level. Increasingly the Typhoon was being seen as the way forward for ground attack. Although the disaster at Dieppe and supply problems meant that no invasion of France would take place in 1943 the planners were already looking forward to the day when they would need ground-attack aircraft to operate in close co-operation with armies on the ground. Hawker had already begun work on the Tempest, an improved Typhoon.

That left only the problem of bomber escorts. The Spitfire MkV was useful for close escort duty, breaking up attacking German fighter formations, but was outclassed in fighter vs fighter combats by the new German models. Only the Spitfire MkIX could handle the German fighters on their own terms, and the restricted range of the MkIX meant it could operate only close to bases in England.

Leigh-Mallory wanted some of the new P51 Mustangs as long-range fighters, but the Americans insisted that their own 8th Air Force should take priority for supply. Given that the 8th Air Force was flying long-range bombing missions over the Reich in daylight hours while the RAF Bomber Command flew at night they had a point, though Leigh-Mallory disagreed with them.

from "Heroes of RAF Fighter Command - Kent" by Rupert Matthews

Publication Date: 18 Oct 2007 | Series: Aviation History
Kent remained at the centre of the conflict throughout the war, and the courageous pilots of Fighter Command received countless decorations for their bravery. In a vivid and carefully documented account, Rupert Matthews describes Kent's air war and pays tribute to the gallant young men who flew sortie after sortie against desperate odds; heroes every one of them.
Posted by Rupert Matthews at 02:18