The Early Days of Spartacus 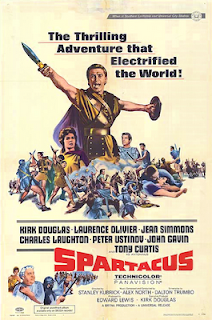 In 73BC the gladiatorial system was developing rapidly. The earlier regime under which the gladiators were untrained slaves pushed into mortal combat were passed. Nor was it any longer obligatory for the defeated fighter to be put to death so that his blood could satisfy the honour of a departed hero. On the other hand the sophisticated and formalised programmes of combat and spectacle were not yet developed.

An emerging feature of the system at this time was the gladiatorial school where slaves were trained to fight using specialised gladiator weapons. The lives of such men would be short and hard. A few might survive long enough to become trainers of gladiators, or suffer crippling wounds that would send them to work in the kitchens, but these would be a minority. The rest had only death to look forward to.

Among the most poorly treated were the captured prisoners of war condemned to fight in the arena for the benefit of the Roman people. These men were not only slaves, but also enemies of Rome and could expect little mercy. One such man was a Thracian named Spartacus. According to one account he had spent some years as a mercenary in the Roman army. He had certainly gained some experience of military command before being captured and sent to a gladiatorial training school at Capua in Campania.

Later accounts alleged that one night soon after his capture a snake coiled itself around Spartacus’s head while he lay sleeping. This, his wife foretold, meant that he would one day have great power, but that it would bring him misfortune and disaster.