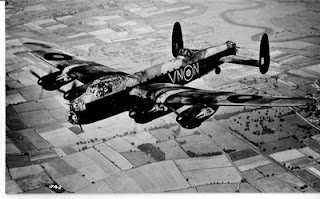 According to the Book of Genesis, the people of the city of Gomorrah, and its neighbour Sodom, committed an abomination in the eyes of the Lord due to their wickedness. “Then the Lord rained upon Sodom and Gomorrah brimstone and fire out of Heaven and he overthrew those cities. ... And Abraham looked toward Sodom and Gomorrah, and toward all the land of the plain, and beheld and lo, the smoke of the country went up as the smoke of a furnace.”

Sir Arthur Harris, head of Bomber Command, knew his Bible. So when he chose the name ‘Operation Gomorrah’ for his next major assault on Germany, it boded badly for the target that he chose: Hamburg.

Hamburg was the second largest city in Germany after Berlin and the most important industrial area outside the Ruhr. The city had already been attacked over 90 times by Bomber Command, but with only indifferent results. Now Harris decided to put all the lessons learned so far, plus the new aircraft and technology to good effect. He intended to launch a series of major raids by massed formations of heavy bombers to overwhelm the defences and flatten large areas of the city.

The first raid took place on 24 July when 790 aircraft were concentrated in a stream that took just 50 minutes to pass over the city. This was the first time that a new weapon was used: window. Window consisted of thousands of strips of aluminium foil dropped by aircraft sent out ahead of and on the flanks of the bomber stream. As the foil fell to earth it jammed German radar, making it impossible for the air controllers to guide nightfighters to the bombers. Losses among the bombers were light at just 1.5%. The raid caused much damage to the docks and city centre.

It was on this raid that Sergeant John Parkinson of 218 Squadron got the fright of his life. He was flight engineer on his Lancaster, code number J, when a 30lb incendiary bomb crashed through the roof of the aircraft, having been dropped by another bomber higher up in the stream. Parkinson scooped up the bomb and threw it out of the aircraft, which then continued on its mission without further incident.

For the next two nights Hamburg was subjected to nuisance raids by Mosquitoes of 139 Squadron operating from Marham. Then, on 27 July the main bomber force returned to Hamburg. This time the weaker Stirlings carried incendiaries to allow them to gain height and keep up with the faster Lancasters. Hamburg had been basking in a long spell of dry weather and the bombing of the previous raid had smashed buildings, scattering rafters and floorboards across the dry city. Hamburg was a tinderbox. The raid was the spark.

The fire began in the damaged blocks of flats and apartments in the eastern part of the city centre. As the fire took hold, the hot air began to rise, sucking in fresh cool air from the surrounding area. This oxygen-rich wind fanned the flames at gale force. A fire-storm was created in which temperatures rose to such an extent that anything that could burn did. A large area of the city was utterly destroyed and, although the death toll was never clearly known, as many as 40,000 may have been killed. Around 800,000 people were made homeless and long columns of refugees streamed out of the city.

The next night 139 Squadron returned again, followed 24 hours later by the main force again. This time the outer suburbs were hit and, although no firestorm was created, there was widespread destruction of housing. On 2 August another raid inflicted more damage.

The scale of damage was unprecedented. About two thirds of the city buildings had been destroyed, along with half the factories and almost all the port facilities. Albert Speer, Hitler’s Minister of Armaments, visited the city. For the first time he began to believe that Germany could lose the war and estimated that if the RAF hit six more cities in like fashion, Germany would be unable to produce the weapons needed by its armed forces.

In the event, Bomber Command was never again able to repeat the awesome destruction visited on Hamburg. The circumstances that gave rise to the firestorm were unique to Hamburg that week, and German defences were soon improved markedly.