On this day in history 28 July 1655 Death of Cyrano de Bergerac, French poet

On this day in history
28 July 1655
Death of Cyrano de Bergerac, French poet

A bold and innovative author, his work was part of the libertine literature of the first half of the seventeenth century. Today he is best known as the inspiration for Edmond Rostand's most noted drama Cyrano de Bergerac which, although it includes elements of his life, also contains invention and myth.

Since the 1970s, there has been a resurgence in the study of Cyrano, demonstrated in the abundance of theses, essays, articles and biographies published in France and elsewhere in recent decades. 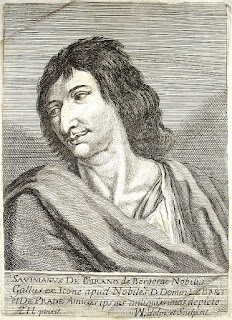 Posted by Rupert Matthews at 01:25