HMS Vestal was an Algerine-class minesweeper of the Royal Navy. She was launched in 1943 and saw service in the Pacific War against the Empire of Japan. She was critically damaged by Japanese kamikaze aircraft in 1945 and was subsequently scuttled in waters close to Thailand.

Vestal was deployed as a part of the East Indies Fleet, along with Pincher, Plucky, Recruit, Pickle, Rifleman, and Chameleon. On 24 July, Squirrel hit a mine, which killed seven men. The ship was scuttled by Rotherham, and the survivors were rescued by Vestal, and taken to the battleship Nelson.

Vestal was sunk on 26 July 1945 whilst participating in Operation Livery. At around 18:25, an alarm was sounded as three unidentified planes had been spotted coming over Phuket Island, and were soon followed by several more. Vestal was hit by a kamikaze, sustaining critical damage. She was the last Royal Navy ship to be sunk in the Second World War. As the ship was hit close to Thailand, which was a Japanese held territory, the crew were taken off and the ship was scuttled. 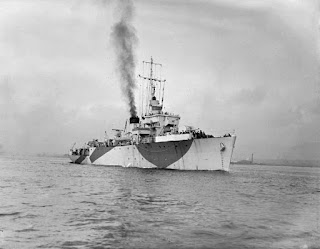