On This Day in History 2 August 1892 Birth of Jack Warner, co-founder of Warner Brothers.

On This Day in History
2 August 1892
Birth of Jack Warner, co-founder of Warner Brothers. 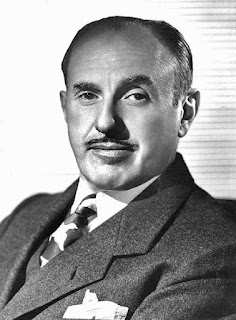 Jack Leonard "J. L." Warner (August 2, 1892 – September 9, 1978), born Jacob Warner in London, Ontario, was a Canadian-American film executive who was the president and driving force behind the Warner Bros. Studios in Burbank, California. Warner's career spanned some forty-five years, its duration surpassing that of any other of the seminal Hollywood studio moguls.

As co-head of production at Warner Bros. Studios, he worked with his brother, Sam Warner, to procure the technology for the film industry's first talking picture. After Sam's death, Jack clashed with his surviving older brothers, Harry and Albert Warner. He assumed exclusive control of the film production company in the 1950s, when he secretly purchased his brothers' shares in the business after convincing them to participate in a joint sale of stocks.

Although Warner was feared by many of his employees and inspired ridicule with his uneven attempts at humor, he earned respect for his shrewd instincts and tough-mindedness. He recruited many of Warner Bros.' top stars[4] and promoted the hard-edged social dramas for which the studio became known. Given to decisiveness, Warner once commented, "If I'm right fifty-one percent of the time, I'm ahead of the game."

Throughout his career, he was viewed as a contradictory and enigmatic figure. Although he was a staunch Republican, Warner encouraged film projects that promoted the agenda of Democratic President Franklin D. Roosevelt's New Deal. He opposed European fascism and criticized Nazi Germany well before America's involvement in World War II. An opponent of Communism, after the war Warner appeared as a friendly witness before the House Un-American Activities Committee, voluntarily naming screenwriters who had been fired as suspected Communists or sympathizers. Despite his controversial public image, Warner remained a force in the motion picture industry until his retirement in the early 1970s.

Posted by Rupert Matthews at 23:52