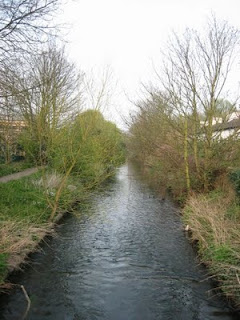 The Roman invasion of Britain in 55bc is one of the most memorable dates in British history. In reality, however, it was no more than a scouting expedition. The real invasion and the serious fighting took place the following year in 54bc. It was as part of that campaign that the Battle of Bigbury was fought.

For several years the Roman general and politician Julius Caesar had been fighting against the Celtic tribes of what was then Gaul, and is now France. By 56bc he had subdued all of Gaul, either by outright conquest or by threatening the tribes into surrender. Caesar now found himself at the head of a large but idle army. Caesar needed at least one more impressive victory to keep his name popular with the Roman voters, and he needed something to keep his troops occupied. Seizing on the pretext of punishing those Celtic tribes in southern Britain who had helped the Celts of Gaul, Caesar decided to invade Britain.

The raids and reconnaissance missions of 55bc convinced Caesar that the best place to strike would be Kent. This gave him the opportunity to defeat the local Cantium tribe before the larger Catuvellauni confederacy, based in Hertfordshire, could move south to intervene. He landed near Sandwich sometime late in June 54bc.

It took Caesar several days to land his five legions, along with around 2,000 cavalry and some 10,000 light auxiliary infantry. Each legion was composed of heavily armoured infantry and, in theory, numbered around 4,000 men. Caesar’s legions had been on campaign for more than four years, and we know he left detachments to guard key points in Gaul. He probably had around 12,000 legionaries with him when he landed in Britain.

The landings at Sandwich were unopposed. Caesar took time to build a wooden fortress near the beach to secure his base. He probably moved inland in early July taking with him all his cavalry and auxiliaries, but leaving perhaps two or three thousand legionaries in the fortress under the command of his deputy commander Quintus Atrius. Thus it was with an army of about 10,000 legionaries, 2,000 cavalry and 10,000 light infantry that Caesar marched to invade Britain. He met the defending British in the Battle of Bigbury.

Posted by Rupert Matthews at 01:54