Background to the outbreak of the Hundred Years War 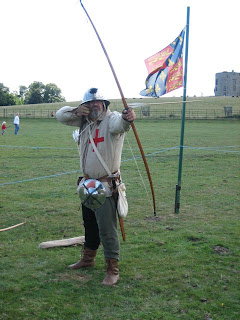 The Battle of Crecy was the first major land battle in the long drawn out series of wars that are today collectively known as the Hundred Years War. But lengthy and complex as the war was to prove to be, it was itself only part of a longer struggle between the ruling dynasties of England and France which was already generations old by the time the armies met at Crecy.

The trouble had begun in 1152 when Eleanor, Duchess of Aquitaine, had divorced King Louis VII of France and married instead King Henry II of England. It was not so much lovelorn jealousy that caused ill feeling as the fact that Eleanor took with her the Duchy of Aquitaine. Eleanor’s family had ruled this vast and enormously wealthy Duchy for centuries. It had originally been an independent state and although the Dukes of Aquitaine had acknowledged French overlordship for some generations, the area was not fully integrated into the French kingdom.

There were several long-running disputes between France and Aquitaine about jurisdiction, fealty, loyalty, taxation and other matters. These had led to frequent conferences, numerous agreements and occasional wars. When Eleanor died and Aquitaine passed to her descendants, the kings of England, the situation changed radically. The Duke of Aquitaine could now draw on the resources of England in his long running disputes with the King of France. And a whole host of new disputes quickly arose that had much to do with the feudal intricacies of the political landscape of the time. Feudal obligations were both personal and official. When a duke promised fealty to a king, he was accepting a personal relationship as much as a political one. Now that the Duke of Aquitaine was also King of England the problem arose of the nature of the relationship with the King of France.

Sorting out what taxes and revenues were due from Aquitaine to France was complex enough. Trying to understand if promises made by the Duke of Aquitaine also bound the King of England – who was, of course, the same person – were intractable. The lords of Aquitaine would support their Duke in one course of action, the barons of England would urge their king to follow another. And if the kings of France and England went to war, where did that leave Aquitaine? Should the forces of the duchy muster to support their duke or their king?

In the two centuries that followed the marriage of Duchess Eleanor to King Henry there had been many disputes between the monarchs of England and France over Aquitaine. Mostly these were solved by diplomatic compromise, though fighting did break out on occasion. Even when warfare did erupt, it was rarely serious. It was in neither kingdom’s interest to embark on a major war. After a few sieges and much bluster, the wars fizzled out as the diplomats again took over.

Posted by Rupert Matthews at 03:39