Alexander the Great's Dedication after the Battle of the Granicus 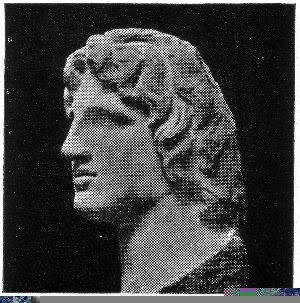 The Persian dead on the field of the Granicus were not simply corpses to be stripped of anything useful and buried, they were also a source of propaganda benefit for Alexander. Whether or not Alexander had his writers exaggerate the number of the dead, he certainly now engaged in a clever bit of publicity. Most of what was not needed by the army was packed up to be sent back to Macedon for sale or to be stored against future use.

However, 300 of the finest sets of armour stripped from the bodies of the Persian dead was packed and shipped off to Athens. They were dedicated to the Temple of Athene, and tradition demanded that they should be hung as trophies in the temple precincts. Alexander sent with the armour a written message. It read: “Alexander, son of Philip, and the Greeks (except the Spartans) dedicate these spoils that were taken from the Persians who dwell in Asia”.

The wording was very clever. Alexander described himself modestly as merely “son of Philip”, using none of his official titles. He was not a king or a leader, merely a man like any others. And his fellow dedicators of the spoil were the Greeks. In fact there were precious few actual Greeks on Alexander’s side at the Granicus. Most of those that were with his army were absent, only the 600 cavalry being present. The rest of the army was made up of Thessalians, Macedonians, Agrianians and others.

If this were not clever enough, Alexander added the words “except the Spartans”. This was a dig at Sparta, the only city state that had refused point blank to join the crusade against Persia. Sparta famously fielded the finest soldiers in Greece, but this great victory had been won without them. And Alexander knew that many city states in Greece, including Athens, had suffered at the hands of the Spartans before. It would do no harm at all to remind them that Alexander was not on good terms with the Spartans.

Then the dedication goes on to say that the spoils were taken from the Persians. In fact the enemy army had included many Greeks, possibly more than were actually in Alexander’s army on the day of battle. It did not pay to remind people back home of that uncomfortable fact, so Alexander spoke only of the Persians.