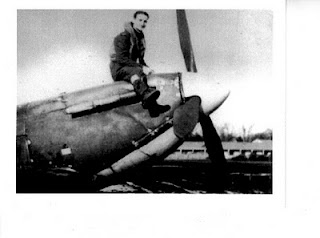 “Something which happened just before the war I shall never forget.

“I had a cousin aged about nineteen at that time. He had quite a few friends his own age and in those days it was considered the duty of older members of the family to take younger members out and about with them to give the parents a break. So when my cousin and his friends went - say playing tennis - my sister and I would be called for and taken with them to be ball boys and mind the jackets and wallets and so on while the tennis was played. At the end of the afternoon we were usually bought an ice cream for our efforts.

“Then one of the young men, Ron Ramsden his name was, somehow came into a little sum of money – left to him by an auntie or some such thing. He spent the money on buying himself a sports car. This was an unbelievable luxury in our working class circles. I remember hearing my mother and my cousin’s mother and aunties all gossipping together and saying how Ron should not have wasted the money on such a frivolous thing, but should have put it in the bank for his future because he would never get the chance to acquire such a nest egg again. It was quite a little scandal over the teacups.

“I remember one sunny day walking with my cousin towards his home where the family was going to meet for tea. We passed the home of Ron who was outside in the road cleaning this sports car where it was standing at the curb. It was the only car parked in the entire road. He was so happy and proud, chatting to my cousin and my cousin was looking admiringly at the smart car. Ron was blond and I can still see his yellow hair shining in the sun and blowing in the breeze. And I remember thinking he seemed so handsome and jolly and not at all wasteful and foolish as the aunties were saying.

“Three years later we were deep into the war. My cousin was in the army in Burma and the Battle of Britain was raging. My mother came home from visiting the aunties.

“‘Ron Ramsden is dead,’ she said. ‘Killed flying with the RAF.’

“By this time I was a young teenager and I remember thinking ‘Well I am glad he did buy that car. At least he had a little happiness before he died.’”

So my Mother told me of her childhood and about one friend who was snatched from her, fighting bravely in the skies over England. Ever since she told me of that dashing young man I have wanted to learn more about him and men like him. In researching this book I finally had the chance.