RAF Bomber Command, reforms in the early months of Bomber Harris in command 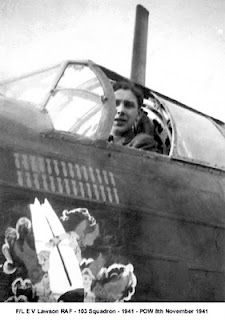 After the Augsberg Raid, Arthur Harris decided to devote his squadrons to the “area bombing” attacks that had already proved themselves to be reasonably effective and less costly than other tactics. His orders were to degrade the capacity of German industry to produce weapons and supplies to keep the vast armed forces of the Wehrmacht in the field. That meant bombing industrial cities, and Harris took on the task with skill and dedication.

Several reforms begun under Pearse and Portal, reached fruition during the early months of Harris’s command. The most noticeable of these came in the form of the big four-engined bombers. These aircraft, the Stirling, Halifax and Lancaster, could carry heavier bombs in greater numbers over longer distances with more reliability than could the two engined aircraft they replaced.

Almost as significant were the improvements to navigation. Primarily this was “Gee”, which enabled a navigator to fix his aircraft’s position with reasonable accuracy if less than 350 miles from England by means of triangulating radio beams. New navigation aids, that would enter service as “Oboe” and “H2S” were under development, though they would not enter service until the end of 1942.

Less obvious were changes in tactics and organisation. One change that Harris opposed was to put only one pilot in each aircraft. This enabled twice as many aircraft to take off as when two pilots were in each aircraft. Harris insisted that another crew member had to be trained well enough to pilot the aircraft home in an emergency and that an automatic pilot, codenamed “George”, had to be fitted.

A change which did receive Harris’s enthusiastic backing was “streaming”. Previously each bomber had been free to choose its own route to the target and, except in a few cases, to deliver its attack at the time and height the pilot preferred. However, casualties caused by night fighters and anti-aircraft guns had been rising steadily as the Germans became experienced in the difficult skills of accurate shooting in the dark.

Henceforth the bombers were to be organised in a stream. This meant that every bomber had to follow the same route to and from the target, flying at a similar height and time to all the others. It was hoped that the enemy fighters and gunners would no longer be able to pick off the bombers one by one as they made their attacks but, instead, would be swamped by a vast number of attackers arriving at once. There were initial fears that bombers would collide in the dark, but such casualties proved to be far less than the numbers saved from German attacks.

At first the bomber streams were haphazard and only loosely organised. In time that would change and develop until by 1945 every single bomber had its allotted time and height to be over the target. Streaming proved to be among the most effective defensive tactics adopted by Bomber Command.

Posted by Rupert Matthews at 02:03