Napoleon in Italy 1798/99
In 1798 Napoleon Bonaparte left France to invade Egypt, a campaign that would prove to be abortive. Those countries that had lost territory to France in earlier wars decided to take advantage of the absence of the republic’s best general by forming a Second Coalition and declaring war on France.
Napoleon hurried back to France to organize a military coup that effectively made him dictator. Having failed to make peace, he spent the following year reforming the French army. He sent General Moreau to the Rhine, beyond which an Austrian army was massing. In spring 1800, Napoleon marched over the Alps into northern Italy where the French General Massena was heavily outnumbered by an Austrian army under Baron Melas. Napoleon captured Milan, thus threatening the Austrian supply lines. Late on the afternoon of 13 June Melas with 31,000 men and 100 cannon came across Napoleon’s army of 28,000 men and 15 cannon near Marengo.
The battle began at dawn next day.


from "The Historical Atlas of the World at War" by Rupert Matthews.
Get your copy HERE 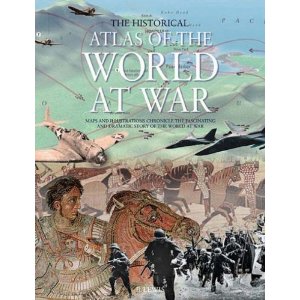