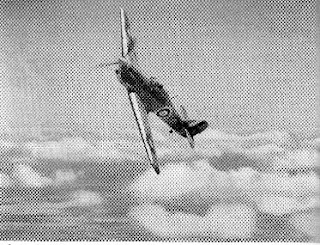 The spring and summer of 1944 would prove to be the busiest period of the war for Fighter Command in Sussex, outstripping the hectic days of the Battle of Britain. The reason was, of course, the D-Day invasions of Europe. Located directly north of the Normandy beaches, Sussex was the ideal launchpad for air missions and offered the closest airfields – always a consideration for short-range aircraft such as fighters.

First, however, a great deal of preliminary work was necessary. In November 1943 Fighter Command officially ceased to exist. In its place emerged two new organisations within the RAF. The first of these was named the Air Defence of Great Britain (ADGB). as its name suggests this consisted of those units whose tasks were solely concerned with defending the air space over Britain itself. It embraced the searchlight, balloon and anti-aircraft batteries as well as the night fighter squadrons and those day squadrons detailed to protect Britain.

The second new command was the 2nd Tactical Air Force (2nd TAF). This was made up of those Fighter Command squadrons that had been chiefly engaged in Sweeps or Intruder missions over occupied Europe. To these squadrons were added a few light and medium bomber squadrons from Bomber Command. The role of 2nd TAF was initially to pound targets in occupied Europe, mostly in preparation for the invasion. Once the invasion had taken place they were to move over to airfields in Europe, following the armies on their planned advance to Germany and the heart of the Reich. Meanwhile, they were based in Sussex and nearby areas.