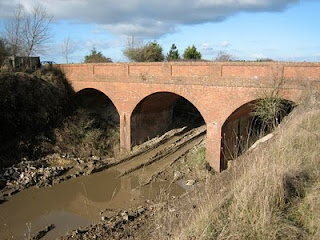 There is something evocatively romantic about lost railways. Now overgrown and disused, these were once the main arteries of life in the rural areas of Berkshire. Businesses relied on the little tank engines puffing back and forth along the short branch lines, while passengers travelled to work, to visit friends or to court their sweethearts.

But it was not simply romance that drove the railways over the downs and along the valleys of Berkshire. It was cold financial sense as well. When the fastest alternative was a good horse, the railways offered fast, safe and cheap transport for people and goods. Towns made their fortunes by being on the railway, Reading leapt from being a second rate market town to being the biggest town in Berkshire within two decades of the railway arriving.

And the railways transformed the way people lived their lives. No longer were people forced to live crammed up against the dirty factories where they worked. Commuting allowed Berkshire citizens to live in pleasant surburbs or villages and then travel to work. Nor did families have to subsist on the bread baked from local grain or on meat from local livestock. The speedy railways brought fresh fish from the coast, delicacies from specialist market gardeners and all wonder of new and exciting tastes.

The railways made Berkshire the place it is today. But it could not last. The competition from road transport and the sheer convenience of the private motor car spelled the end for all but the most profitable lines. One by one the old branch lines closed down. The tracks were torn up, the stations converted to other uses and the bridges taken down for safety reasons. Gradually they faded from view as redevelopment swallowed the old sites and regrowth of trees and brambles, quite literally, covered their tracks.