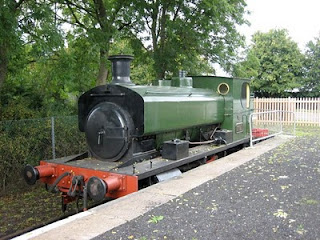 Although most of Berkshire fell within the territory of the mighty Great Western Railway, the southeastern corner of the county was contested between two other rail companies: The London and South Western Railway (LSWR) and the South Eastern Railway (SER).

First to arrive in the county was the SER, which opened a branch line from Guildford to Reading in 1849. Trains ran out of the SER terminus at Charing Cross direct to Reading, often stopping at numerous stations along the way. From the very start the line was busy and profitable, as it remains today, but that has not stopped much of the line from becoming as lost as so many others in Berkshire.

The rail link from Ash Junction to Reading was built by the Reading, Guildford and Reigate Railway Company, but this company had been created with the close co-operation of the SER and was taken over by the larger company in 1852. After nine years of intense competition with the GWR, which ran trains from Paddington to its own Reading station, the SER came to an arrangement. Both companies agreed to charge identical fares for passengers, and the SER won some concessions on freight traffic. The agreement, and its successors, were to last some 85 years.

The first SER station at Reading was struck by lightning in 1859 and burned to the ground. The second station was opened the following year with a single platform, with two faces, and a large engine shed. In 1896 the engine shed was removed to make way for another two-faced platform. When nationalisation came after World War 2 it was decided to rename the SER Reading station as Reading Southern to avoid confusion with the GWR Reading Station, which became Reading General. The SER goods yard, meanwhile, had expanded in 1899 and again in 1941 to cope with wartime traffic.

Soon after nationalisation a study was undertaken to see what savings could be made now that the various lines were no longer in the hands of competing private companies. The two stations at Reading, situated as they were so close to each other, were an obvious target for economies. It was the SER station that was earmarked for closure. A new platform, 4A, was built at Reading General to handle the trains that ran over the former SER lines. Reading South, as the old station now was, closed on 6 September 1965. Ten years later it was found that platform 4A could not cope with the passenger trains, so a new platform 4B was built.

The goods yard of the old SER line continued in use for some years longer than the passenger station. But freight traffic was also declining. In September 1970 most of the yard was closed down, only a siding dedicated to the huge Huntley and Palmer’s biscuit factory was kept in operation. That, too, closed in April 1979.

Today nothing is left of the old SER station at Reading. All the land has been sold off for office and commercial developments.