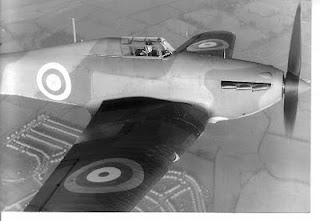 In June 1940 the radio listening posts that the Germans had set up in northern France to eavesdrop on British military radio signals reported that on certain wavelengths they were picking up the most peculiar signals. It was early July before a scientist at Luftwaffe HQ in Berlin recognised them as being radar. The Germans were by this date developing their own radar system, based largely on captured French sets, but even so they did not fully appreciate the importance of radar to the British air defence system. Such errors of intelligence were to prove crucial in the month of August 1940.

Not only did the Germans think that British radar was able to pick up their aircraft only when they were close to the British coast, they also thought it could not detect an aircraft flying at under 500 feet - neither of which was true.

The pre-war general intelligence that the Germans had acquired on the RAF – known in the Luftwaffe as the Blue Study, was excellent. It contained accurate data regarding the location of aircraft factories as well as RAF bases and civil airfields that could be converted to military use, and most such places had been photographed from the air from German civil aircraft. There was also an accurate estimation of RAF strength both in peacetime and when fully mobilised for war.

Once the war got underway, however, the Germans found themselves cut off from any up to date information that could not be gained from aerial photographs. Thus the entirely accurate pre-war estimate of maximum fighter production of 200 aircraft per month was not updated to take account of the emergency factory expansion programme that by July 1940 was turning out 460 fighters per month. The British could replace losses much faster than the Germans thought they could.

Similarly, the Germans tended to write off an airbase after it had been bombed. This was the result of experience in both Poland and France where the pressures caused by rapidly advancing German army units meant that the air forces of those countries had not been able to repair their airbases once damaged and get them operational again. Britain had no such problems and was able to get even the most devastated airfield back into operation again within a few days. The British habit of filling in only those bomb craters that were blocking the runway misled the Germans who analysed aerial photos. They saw airfields pockmarked by bomb craters and assumed this meant they had not been repaired when, in fact, they had.

These factors came into effect slowly during August, but by September were becoming serious. Goering’s strategy was based on his intelligence reports, and those proved to be faulty. For the men of Fighter Command in Kent, however, such high level intelligence matters were somewhat academic. So far as they were concerned throughout that August of glorious sunny weather the only thing that really mattered was that the German aircraft formations kept on coming, and they kept on coming in vast numbers.