Lord Grey of Ruthin at the Battle of Northampton

Lord Grey of Ruthin at the Battle of Northampton
Serving under Buckingham was Lord Edmund Grey of Ruthin. By his family links Grey was firmly linked to the Lancastrian cause. By his mother he was a great grandson of John of Gaunt, Duke of Lancaster, and therefore a cousin to Henry VI. He married Lady Katherine Percy, daughter of Henry Percy, Earl of Northumberland. The Percys had a long running feud with the Nevilles, the family of the Earl of Warwick. However, Grey had got involved in a bitter dispute with Henry Holland, Duke of Exeter and a key supporter of Queen Margaret. Exeter was bad tempered and particularly rapacious when it came to exploiting contacts at court for his own benefit. Exeter had made a bid to seize control of the wealthy manor of Ampthill, Bedfordshire, from Grey on rather dubious grounds and was busily using bribery and pressure to get his way. Nevertheless, Grey had remained a staunch supporter of Buckingham in his efforts to find a compromise peace and to be loyal to the anointed King, Henry VI, come what may.
Grey, like Buckingham, had seen extensive service in the French wars. He had fought in the Aquitaine campaigns of 1438-40 and been knighted as a consequence. He sat on the Council of Regency from 1456 to 1458 and was notable for his refusal to get dragged into supporting either York or Queen Margaret. At the time of the Battle of Northampton he was 44 years old. 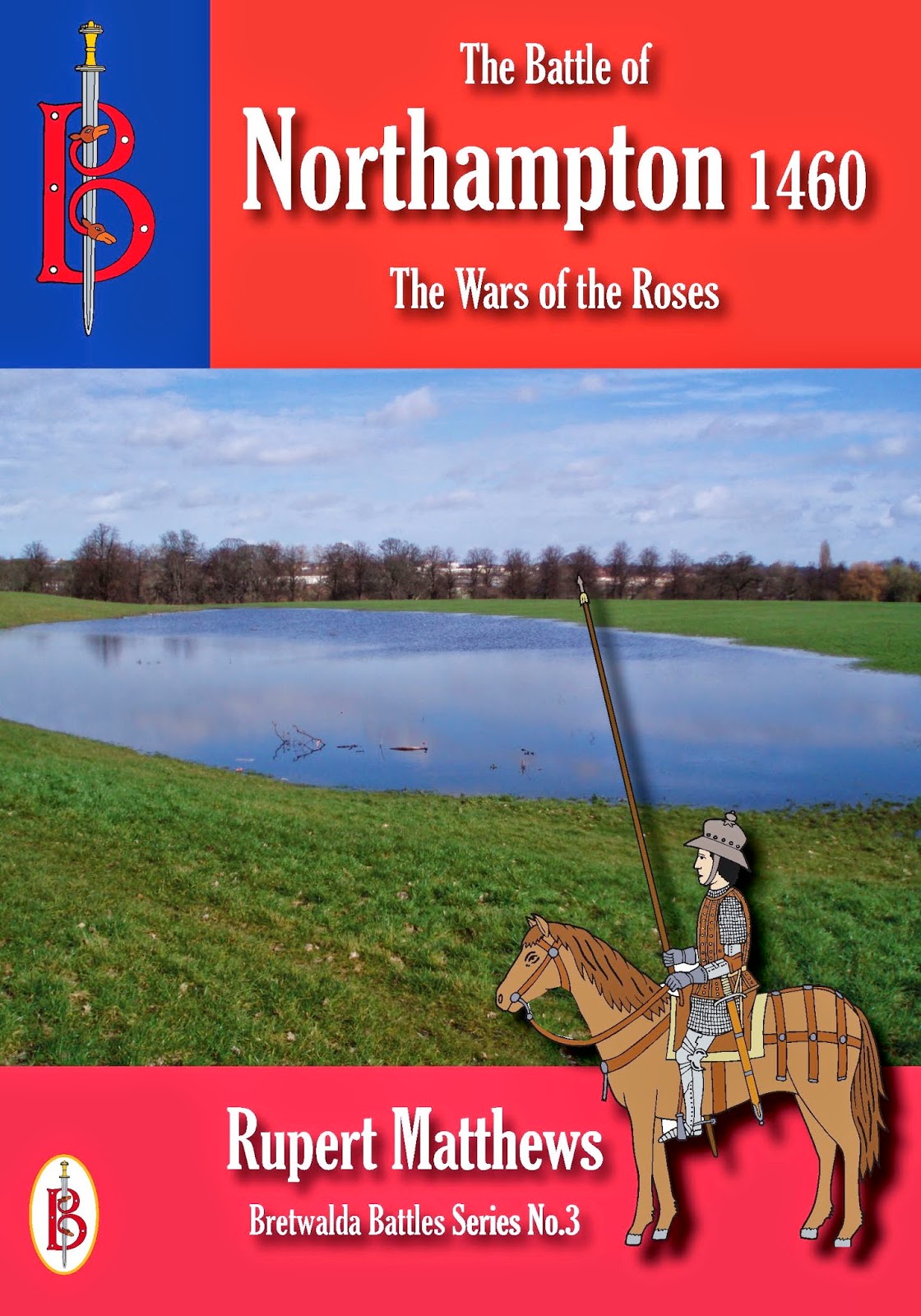 Posted by Rupert Matthews at 23:24