The Spanish Armada, A Campaign in Context - The Video 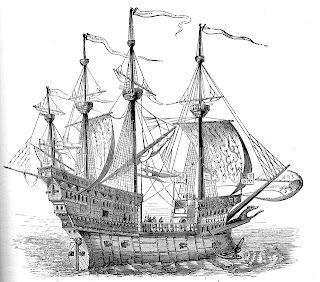 In this, the fourth book of Spellmount's "Campaign in Context" series, Rupert Matthews looks to the ill-fated invasion of England by King Philip II of Spain. The Armada of 22 warships and 108 converted merchant vessels sailed under the command of the Duke of Medina Sidonia in 1588, but found itself harried by storms, fireships, and the redoubtable English fleet. In "The Spanish Armada", Rupert Matthews considers the characters of the commanders such as Francis Drake, Medina, and the opposing monarchs, and as with his previous titles in the series he carefully balances the evidence from textual sources with knowledge of the theatre and reconstructed weaponry in order to explain the events of the battle to the general reader, and the context in which it took place.

Posted by Rupert Matthews at 00:43