Video for the book Heroes of RAF Fighter Command in Surrey 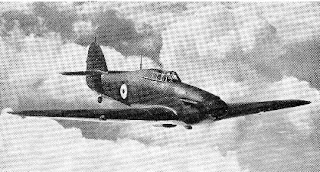 A tribute to the pilots and crews who flew from airbases in Surrey during the last war and whose actions displayed some of the finest examples of courage and devotion to duty. With photographs. This volume covers the heroic exploits and careers of the brave men of RAF Fighter Command who flew from the airfields of Surrey during World War II. The text follows the course of the war as it affected the RAF Fighter Command in the county, but concentrates on the careers and individual acts of great courage by airmen. The course of several individual battles is followed and highlighted - a few are given a chapter to themselves, others flow within the text of chronological chapters. The book places the events in context, looking briefly at the changing strategic imperatives that determined the sorties on which these men flew. The book also describes the aircraft, their abilities and drawbacks, to help the reader understand the conditions under with the Heroes of Fighter Command fought, lived and - tragically - so often died.
Posted by Rupert Matthews at 01:53