The Typhoon Fighter arrives in Sussex 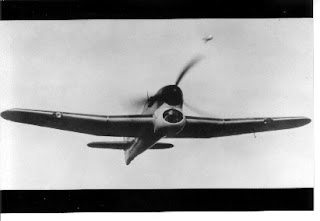 The spring and summer of 1944 would prove to be the busiest period of the war for Fighter Command in Sussex, outstripping the hectic days of the Battle of Britain. The reason was, of course, the D-Day invasions of Europe. Located directly north of the Normandy beaches, Sussex was the ideal launchpad for air missions and offered the closest airfields – always a consideration for short-range aircraft such as fighters.

Among those fighters was now a new addition to Fighter Command’s arsenal: the Hawker Typhoon. With a choice of either 12 machine guns or four cannon, the Typhoon was designed to be a hard-hitting bomber destroyer able to top 400mph. However, problems with the Sabre engine delayed production so long that by the time it was ready for operations the worst of the Luftwaffe bombing raids were over. Experience soon showed that at anything over 18,000 feet it was too heavy to match either the Messerschmitt Bf109 or Focke Wulf Fw190 for agility. Since achieving air control now rested on defeating those fighters at high altitude, the Typhoon seemed redundant.

However, the Typhoon was a clear match for the German fighters under 14,000 feet, so it could cope well with the task of flying close escort for Allied bombers in daylight. However it was the perfection of air to ground rockets late in 1943 that turned the Typhoon into a truly awesome weapon of war. The big, powerful fighter could carry eight rockets as well as its more conventional armament, so it could act as a ground-attack and fighter aircraft at the same time. The rockets could be fired in pairs or all at once, concentrating as much explosive fire power as the broadside of a naval cruiser. Firing rockets proved to be even more accurate than divebombing. The Typhoon would go on to become a much feared sight for the German army, able to blow apart even the largest tanks with ease.