The Coming of the RAF Pathfinders 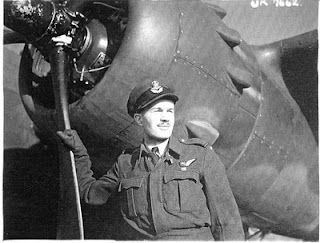 In August 1942 there took place a reorganisation in Bomber Command which was to have a profound effect on the future of the war, though it did not seem like that at the time and certainly was only marginal to the fighting experiences of the men serving in Norfolk.

For some months it had been becoming increasingly clear to the higher command that only some crews could be relied upon to find targets consistently and bomb them accurately, even with the new navigational equipment entering service. It had therefore become usual to assign these crews to the task of flying slightly ahead of the main bomber stream on a raid. They would bomb the target with flares or incendiaries to mark it clearly for the following bombaimers. Harris, as head of Bomber Command, left the choice of which crews from which squadrons should do the marking to his Group staff, or even to individual squadron commanders, on the grounds that they knew the crews and conditions over the targets best.

However, the staff at the Air Ministry disagreed. Group Captain Bufton, Director of Bomber Operations, was increasingly of the view that marking a target was such a specialised skill that it demanded a type of individual training that was not available to crews on bomber squadrons. He wanted to form a Target Marking Force of four squadrons which would be specially trained for the sole task of target marking.

The row between Harris and Bufton rumbled on for weeks. Finally Sir Charles Portal, Chief of the Air Staff, backed Bufton. The new force was, however, given the name suggested by Harris: The Pathfinders.

The Pathfinders were based at Wyton, outside Norfolk, but their work was to have a huge impact on the men from Norfolk bombing Germany. And the establishment of the force would pave the way for the later formation of the specialised 100 Group, which would be based in the county.