During the 1880s vast gold deposits were found in the Transvaal, an independent republic in southern Africa populated by European settlers of Dutch descent, the Boers. The Boer farmers had neither the skills nor the capital to exploit the finds, so foreign mining companies and engineers were brought in. By 1895 the number of foreigners, termed outlanders, had grown to become greater than the Boers. Yet the Boer government refused to give any civil rights to the outlanders, and imposed heavy taxes on the outlanders from which Boer farmers were exempt. Since most outlanders were British, they looked to Britain for protection. Britain suggested various reforms, but the Boers refused and war broke out on 11 October 1899. The Transvaal was joined by the second Boer republic, the Orange Free State.

The only professional Boer armed forces were a few batteries of artillery, equipped with the very latest guns from Krupps in Germany. The rest of the Boer army was composed of farmers and others who rode to war with their own guns, horses and equipment. Although each man supplied his own kit, the Boers had large numbers of Mouser 7.65mm rifles, principally those of the 1894 and 1895 models. These rifles were astonishingly accurate over long ranges, had a magazine of five bullets for rapid fire and could be quickly reloaded from a pre-packed clip of ammunition.

Each district had its own unit, called a commando, which elected its officers for a campaign when mustered. The Boers called out their commandos and launched them on a rapid invasion of the two British colonies: Natal and Cape Colony. Within a week of war breaking out the Boer commandos had about 30,000 men under arms. By mid October the towns of Ladysmith, Mafeking and Kimberley were under siege. The Krupp artillery was brought up and put into action. The style of the sieges soon developed into long range sniping combat as the Boers waited for starvation to take a grip. Attempts by the British commander in southern Africa, General Redvers Buller, to relieve the towns led to the Battle of Colenso on 15 December.


From The Historical Atlas of Weaponry by Rupert Matthews 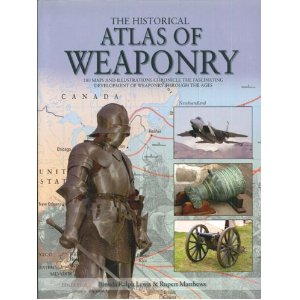 Posted by Rupert Matthews at 02:36