The war that pitted France against Prussia and its German allies was significant for the way it revealed dramatic changes in both small arms and heavy artillery. The lessons of the conflict would be taken up by most modern armies, but fatally misunderstood by nearly all of them.

In July 1870, Prussian chief minister Bismarck took advantage of an unofficial meeting between his own King Wilhelm and the French ambassador to issue to the French press an insulting communiqué. Tensions were already high between Prussia and France, and the resulting furor in the French press and in parliament persuaded Napoleon III to declare war.

The reason why Bismarck and Wilhelm were confident of victory in a war against France was that they had won easy victories over Denmark in 1864 and over Austria in 1866.

The Prussian infantry had in both wars achieved startling successes due to the firepower of their needle gun – officially the Dreyse Zündnadelgewehr. This weapon had been developed in the 1840s, and upgraded regularly since. It was the first rifle in the world to combine a bolt-action breech loading mechanism with a pre-packed cartridge that included bullet, charge and percussion cap in one handy packet. The name came from the needle used to ignite the percussion cap when struck by the hammer.

The needle gun displayed some clear advantages over contemporary muzzle-loading rifles. It could be fired 10 times per minute as opposed to the more usual two or three times. More important on the battlefield was the fact that the needle gun could be reloaded while the soldier was lying down. A Prussian infantryman therefore presented a much smaller target than did his enemy.


from "The World Atlas of Weapons" by Rupert Matthews. 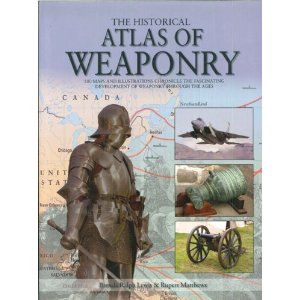 Posted by Rupert Matthews at 07:45