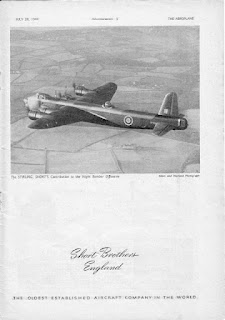 The Stirling got off to a bad start in May 1939 when the first prototype crashed on its maiden flight. Redesign followed, producing the final shape of this the first four engined bomber to enter service with the RAF. It started service amid high hopes that it would prove to be a decisive aircraft for Bomber Command. It could carry a heavier bombload than any other aircraft in service and had a useful range, enabling it to reach many targets. Later in the war the low ceiling began to cause problems, as did the layout of the bomb bay which meant the Stirling could carry only smaller bombs. In 1943 the aircraft began to be replaced as a bomber. The existing Stirlings were converted to be glider tugs or long-distance transport aircraft.