The Build-up to the Battle of Brunanburh, 937 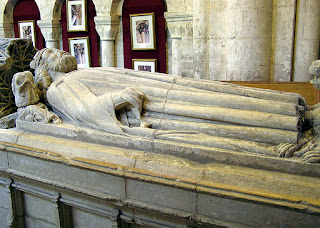 Of all the battles fought between the English and the Scots, the one fought at Brunanburh had arguably the most important long term results of all. It was at this battle that the English established themselves as the masters of what is now England – and that control has never been seriously in doubt since.

In the century before this climactic battle the map of Britain had been altered dramatically by the repeated hammer blows of the Viking invasions. The Battle of Brunanburh was to set the scene for further changes which led to the formation of the kingdoms of England and Scotland much as they exist today.

The Scots and the Picts had become united under the Scots royal family through dynastic marriage and by the 930s, King Constantine of Scotland ruled a kingdom which stretched form the Moray Firth south to the Forth and west to Mull and Kintyre. The Pictish lands north of the Great Glen had been lost to Viking Earls, who ruled a largely Pictish population. Allied to the Scots, more often than not, was the Kingdom of Strathclyde. This kingdom was based on the old Romano-British Kingdom of Clyde which had held off the barbarians in the collapse of the Roman Empire and now stretched from the Clyde south to include what is now Cumbria.

The English kingdoms of Northumbria and East Anglia had been overrun by the Vikings, as had much of Mercia. Most of northern and eastern England had thus been conquered and most areas heavily settled by the Scandinavian invaders. Even the Kingdom of Wessex had been threatened in the 890s, but southern England had been saved by King Alfred the Great and his successors.

Wales, too, had suffered Viking invasion and settlement. The Welsh princes had, however, managed to avoid being conquered and Wales was in the 930s divided among a number of local princes. Ireland had seen widespread Viking settlement, especially around Dublin, but most of that island remained in the hands of its native Celtic dynasties.

All these lands, kingdoms and dynasties were to be dragged into the destructive battle at Brunanburh, a conflict which all contemporaries recognised as being not only the greatest battle fought in Britain, but also one with truly historic consequences.