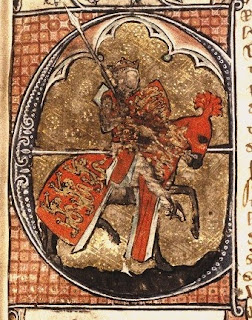 When King Edward I of England invaded Wales in 1282 it marked the end of an independent Wales. The long struggle between the Welsh and English which had begun when Hengest landed in Kent some eight centuries earlier was finally at an end.


Llywelyn, Prince of Gwynedd and of Wales, had always resented the power of the English and the way they occupied most of Wales. His great rebellion of 1258 drove the English out and united most of Wales. But in 1274 Prince Llywelyn went too far. He refused to attend the coronation of King Edward I of England. Edward never forgot the insult and when Llywelyn tried to marry a wealthy English heiress, he struck.

The ship carrying the bride to Wales was attacked and seized by English ships, and the hapless girl brought to Edward’s court as a prisoner. Llywelyn raised his armies and marched into Cheshire, burning and pillaging as he advanced. Edward, however, was ready and soon drove the Welsh back into the mountainous Snowdonia. By the autumn of 1277 Llywelyn was starving and abandoned by most of his men. He surrendered.

In the circumstances, Edward was generous. He allowed Llywelyn to remain as Prince of Gwynedd, though the Welshman was tripped of his other lands and had to promise to pay an annual tribute. Edward made his mistake in the question of law when he imposed English laws on Wales in place of the honoured laws of Hywel Dda. The Welsh resented the move and their resentment grew with time. Welshmen behaving, as they thought, perfectly legally suddenly found themselves hauled up before an English judge.

In 1282 Llywelyn led another great rebellion, like that of 1258. Men flocked to his banner form all over Wales and he led them to the walls of Chester. But times had changed in 30 years and this time the rebellion ended in disaster. By the following summer the Welsh were once again shut up in Snowdonia. When Llywelyn tried to break out and race to Brecon to raise new forces, he was cut off by English forces and killed. His brother, Dafydd, tried to continue the war but he was quickly captured and executed.

This time Edward decided to treat the Welsh more leniently, while takin greater care of military matters. He still insisted that English laws should be enforced, but now he appointed Welshmen to be judges and government officials with instructions to introduce the new laws gradually and with tact. At the same time Edward began the construction of the might fortresses which still dominate many Welsh towns. Beaumaris, Caenavon and Conway castles were built to ring the lands of Snowdonia, for so long the centre of resistance to the English.

Finally, Edward decided to reinstate the office of Prince of Wales, but this time giving the job to somebody he could trust. Legend has it that the Welsh demanded Edward give them a Prince who was born in Wales and who could not speak English. Edward readily agreed, and the Welsh chiefs must have congratulated themselves for gaining a victory. But then Edward presented them with his own baby son, born in Wales and unable to speak English as he was only a few months old.

Whether or not the tale is true, the young prince was crowned Prince of Wales in 1301, by which time he was old enough to begin his education in the arts of government. Although there would be future uprisings by the Welsh, the new settlement worked out reasonably well. The combination of tact and military might used by Edward after 1284 ensure that peace at last came to the Welsh Marches.

An extract from 200 Events that shaped British History

Posted by Rupert Matthews at 01:15